Passing 8th For Driving License Is No Longer Necessary, Government Did This Big Decision

Join WhatsApp Group
The Government has decided to abolish the obligation of Minimum Educational Qualification to get a driving license to promote job opportunities. Road Transport Minister said this on Tuesday. At present, under the Rule 8 of the Central Automotive Rules, 1989, it is necessary for a driver to be class 8 pass. In a statement, the Road Transport Ministry said that in order to benefit the skilled people of economically weaker sections in the society, the Ministry of Road Transport and Highways has decided to end the requirement of minimum education qualification. 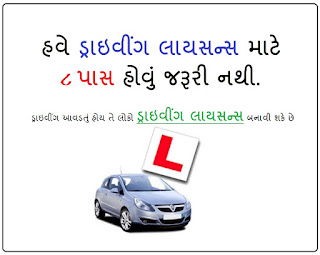 According to the statement, this decision has been taken keeping in mind the needs of a large number of unemployed people. The statement said that this will open up opportunities for employment especially for the youth and this decision will fulfill the shortage of about 22 lakh drivers in the field of transport. 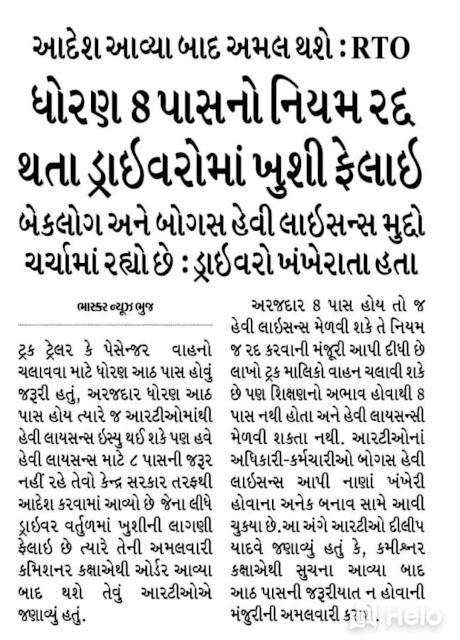 A statement from the ministry said that a procedure has been initiated to amend Article 8 of Central Automotive 1989 and a draft in this regard will be issued soon and the notification will be issued soon. There are a large number of unemployed people in rural areas, who do not have formal education, but they are literate and skilled.

It was said in the statement from the ministry that such people who are not eighth and want to be licensed can now also make the license. A procedure has been initiated to amend Article 8 of the Central Automotive 1989 and in this regard a draft will be issued and the notification will be issued soon. However, with the changes in the rule, the Ministry has also said that no agreement will be made with the rules of road safety. Rules for road safety through training will be given to less educated people. Haryana Chief Minister Manohar Lal Khattar had recommended the exemption from compulsory education qualification from Road Transport Minister Nitin Gadkari. Due to the rules of compulsory qualification, license of more than 20 thousand drivers of Mewat area is not being renewed. The Ministry has also emphasized on training and skill testing of drivers so that there is no compromise with road safety. It is mandatory for every person applying for a driving license to pass a strict skill test.

According to an official statement from the Ministry of Road Transport and Highways, in order to benefit the skilled people in terms of the functioning of the economically backward sections, the Ministry of Road Transport and Highways has instructed the drivers of vehicles such as bus, truck and freight. Has decided to remove the minimum educational qualification requirement. "It has been said that there are a large number of unemployed youth in the country, even if Not only educated, but skilled and literate. 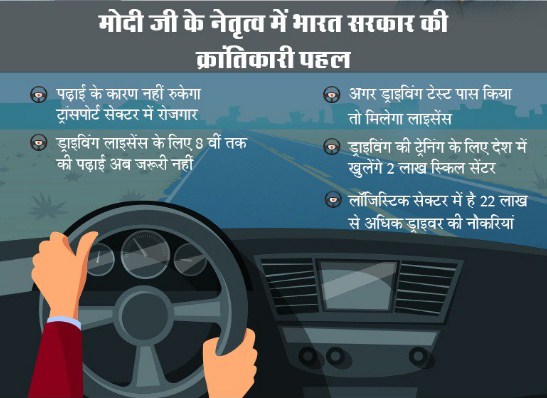 Passing 8th for Minimum qualification of educational qualification will be terminated for obtaining driver's license is no longer necessary, the government did this big decision

Stay connected with www.socioeducation.in for latest updates
Important: Please always Check and Confirm the above details with the official website and Advertisement / Notification.
Tag : Information

0 C "Passing 8th For Driving License Is No Longer Necessary, Government Did This Big Decision"