The various States have different titles for their armed police units. In addition to the general term "Armed Police", other titles in different states include Special Armed Police, Armed Constabulary, Provincial Armed Constabulary, Pradeshik and State Military Police. Although the titles are different, their organisation, weapons, equipment and tasks are broadly the same. The central government of India now refers to these forces nationwide as the State Armed Police Forces and discourages use of the term "paramilitary". However, this terminology does not necessarily coincide with the existing terminology of the states of India; For example, the state of Bihar calls its state armed police force "Military Police", which clashes with central government definitions of "military" and "paramilitary". It is not yet clear whether such discrepancies will be resolved. 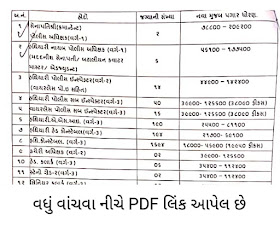 The State Armed Police act as a mobile armed reserve activated only on the orders from the Additional Commissioner of Police or above. They are not usually in contact with the public except during public events, civil unrest, and natural disasters. They maintain key guard posts and participate in antiterrorist operations. Depending on the type of assignment, they may be or may not be carrying firearms.

Within states, each police district may maintain its own teams of policemen with higher firearms competence. Such teams, known as "district armed police", are for purely local use and are not part of the State Armed Police Forces.

AHMEDABAD: In a bid to strengthen security at critical installations like power plants, ports and dams, Gujarat government has decided to create an additional battalion of State Reserve Police (SRP) of 1,200 armed personnel.

At present, Gujarat has 19 SRP battalions comprising around 1,000 armed men and women personnel each stationed at various places across the state. This will be the 20th such battalion, a senior police official said.
Out of the 19 existing battalions, one each has been allotted to Centre-owned ONGC, Sardar Sarovar Narmada Nigam to protect the dam as well as canals and the newly-created Marine Task Force, according to a resolution passed by the Home department.

Explaining the need to create a new battalion, the resolution cited the request made by several government departments demanding allocation of force to protect their infrastructure.

Stay connected with www.socioeducation.in for latest updates
Important: Please always Check and Confirm the above details with the official website and Advertisement / Notification.
Tag : EDUCATION NEWS