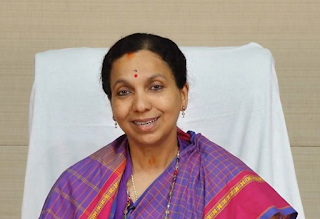 Significant events since the morning of May 19th

ST bus service will start in the state from Wednesday, buses will run in 4 zones
ST bus service will be started in the state from Wednesday by ST Corporation. The bus service is divided into four zones. These include North Zone, South Zone, Saurashtra and Central Zone. At present ST buses will not run from one zone to another. The big bus can seat 30 passengers and the small bus 18 passengers. Passengers will not be able to inject leaves from the bus. Tickets must be purchased online. There will be a thermal screening at the bus stand and only masked passengers will be allowed to board the bus.

Action will be taken if the new guideline of the government is violated: Chief of State Police

State Police Chief Shivanand Jai said the people were appealed to voluntarily abide by the rules and guidelines. Many concessions have been made in the lockdown as per the new guideline. But it is important for everyone to be vigilant to avoid transition when using a given exemption. Strict adherence to the new guideline has been stated. Legal action will be taken if these guidelines or restrictions imposed by the local body are taken into account. All services are closed from 7 pm to 7 am. The area in which concessions have been granted. There are prohibitions on holding malls, swimming pools, gyms and religious gatherings, and action will be taken if violated. As well as lockdown will be strictly enforced in the containment zone as before.

There is no need to pass from one district to another in the state: Deputy Chief Minister

Deputy Chief Minister Nitin Patel today inspected the new building of the UN Mehta Hospital in Ahmedabad with a view to expedite the treatment of Corona patients. He was accompanied by Principal Secretary for Health Jayanti Ravi. After the visit, Nitin Patel said that except for the containment zone, there is no need to pass from one district to another in the state.

Industry managers to complete the shift by 6 pm: Secretary to the Chief Minister

Giving various details of Lockdown 4.0 in the state, Chief Minister's Secretary Ashwini Kumar said that Deputy Mamlatdar Dinesh Rawal in Ahmedabad has died due to corona. The Chief Minister has expressed grief over his death and announced assistance of Rs 25 lakh from the Chief Minister's Relief Fund to his family members. Hair salons, beauty parlors and spa operators are required to make appointments over the phone. Also, a pan or tea shop should not be crowded at the same time. We will be able to go further in the concessions that have been given if we adhere to social distance. Shops will be closed if social distance is not complied with. Concessions can be withdrawn if crowd scenes are seen every day. The Chief Minister said that Korona is among us. Didn't go anywhere. As well as drug stores can be kept open 24 hours. Apart from this no one else has been spared. Which allowed to carry on industry-business